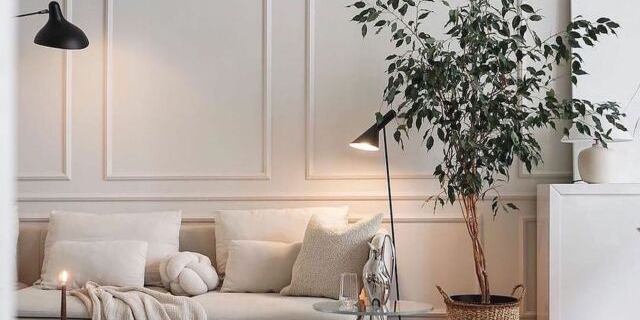 Gone are the days of traditional, outdated switches. Nowadays, you will find different types of modern switches in the market. One such type of switch is the Touch Switch.

As the name goes, you simply need to touch the switch in order to switch it on and off. There is no need to apply pressure to push the switch button. However, many people are concerned about the safety of this type of switch.

So, are touch switches safe?

If you want to know more about touch switch and whether it is safe to use, continue reading this article.

What is a Touch Switch?

You've probably heard of the term touch switch, but do you know exactly what it is? In simple words, it is a type of switch which is activated by the touch of your finger. You don't need to push the button but simply touch the panel to use it.

The human body is a pretty good antenna for radio waves, which is one reason why touch switches are so popular. In other words, if you touch a sensor, a change in the resistance of the human finger will trigger a change in voltage and turn on the switch. This type of switch also has an extremely long lifespan.

What Are the Types of Touch Switches?

There are three basic types of touch switches: Resistance, Capacitance, and Piezo. Understanding each one will make the selection process easier.

The piezoelectric effect is what gives piezoelectric switches their name. This effect occurs when mechanical stress is applied to a solid material, such as crystals, certain ceramics, or biological matter. As a result, a slight change in a material's electrical charge causes it to react with a specific electrical charge. This effect can occur at low levels of stress. Unlike other switches that have multiple parts, piezo switches can be fabricated in single units, reducing the number of parts and the time needed to assemble a batch. This design also minimizes the cost of manufacturing piezo switches because there are no terminals.

Yes, a touch switch is extremely safe to use as there is no risk of electrocution. In this type of switch, you don't need to touch the button but the panel. The entire panel is made of safe material and doesn't transmit any electric shock. While it's generally safe to use these switches, it's better to be on the safer side. A touch switch is isolated from live wires, so it's far safer than a standard switch. Most people prefer using this type of switch as it is safe and doesn't cause any accidents.

However, these switches have their own drawbacks. While they are safe from electric shock, they are prone to security issues. That said, even the best touch switches are susceptible to cyber-attacks. A hacker can be anywhere, so even the most reliable touch switches aren't completely safe. If your touch switch is connected to the WiFi, a professional can easily try to infiltrate it.

If you have an older or outdated touch switch, you can check to see if it's certified to IEC 62368. This is the gold standard when it comes to safety, so you'll want to be sure that your switch is certified to comply with the same standard. Additionally, smart touch switches are usually more expensive than traditional switches, so you'll want to ensure that you're getting a quality one. There are many types of touch switches on the market, but you need to make sure that you're getting one that's safe before purchasing.

You may be worried about touching an electrical switch while wet. If you've ever rung a doorbell with wet hands, you'll know how difficult it can be to turn it on. You've probably wondered if touch switches were dangerous. Many people believed that touching an electrical device with wet hands was dangerous because they were susceptible to electrical shock. But this is a myth. The circuit between the conductors in a switch is completed when your hands touch it. So, a touch switch is safe to use.

While touch switches are generally safe, industrial applications usually have special safety considerations. Despite their convenience, touch switches can be dangerous if they aren't installed correctly. A poorly designed touch switch can lead to erratic operation when an electrical load is present. If your touch switch isn't installed properly, it could cause a fire. If you're in doubt, contact a qualified professional for a touch switch installation.