How Does A Touch Switch Work? 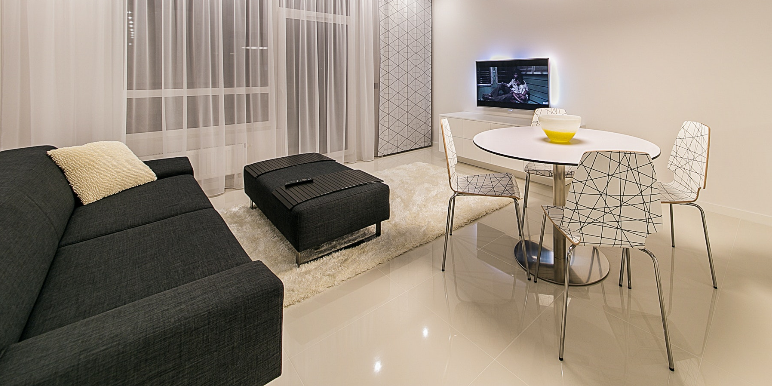 A touch switch is extremely easy to use as you just have to use your finger to touch the switch. This switch uses sensors to detect human touch and work accordingly.

A touch switch works by utilizing physical contact. A touch switch is an electrical component that responds to pressure and opens and closes a circuit when you press it.

A touch switch may work best with light or magnetism, but it will also work with a chemical/mechanical factor. A touch switch is also used in a virtual keyboard, which uses pressure on specific keys to trigger a response. The response is then outputted to a system.

There are several types of touch switches, and each type works in a slightly different way. Capacitive touch switches, for example, work by measuring the capacitance of an object that touches the surface.

If your finger or conductive object touches the surface, it reduces the capacitance of the switch, and the touch sensor responds by either opening or closing the circuit. By contrast, resistive touch switches create resistance between two electrodes or layers. A touch of either electrode completes the circuit and turns on or off the device.

If you want to know more about the working mechanism of a touch switch, continue reading this article.

Working Mechanism of a Touch Switch

Touch switches have many applications. They are commonly found in public computer terminals, lamps, and wall switches with metal exteriors. Because of their widespread usage, touch switches play a vital role in many different electronic devices. By opening and closing a circuit, these devices function by detecting the physical contact of an object. However, unlike conventional mechanical switches, touch switches are more versatile and convenient than ever. They can also control many of the most advanced technology, including touchscreens and public computer terminals.

If you are a frequent user of touchscreen devices, you may be wondering what makes the switching mechanism of these gadgets work. Touch-sensitive circuits respond to touch by opening and closing a circuit. Let's take a closer look at the working mechanism of a touch switch to understand how it works.

A resistive touch sensor has two conductive layers - a bottom film and a top film. The conductive material is covered with a transparent layer of a metallic substance such as Indium Tin Oxide. When a person touches the top film, a voltage is applied across the surface. As the top film touches the bottom film, a current flows through it, and the LED indicates that the pressure has been applied. A controller circuit measures the change in voltage at the point of contact and then amplifies the current.

As you can see, the capacitance of a touch sensor depends on the capacitance of the device. The higher the capacitance, the larger the response. This effect can be replicated in a digital circuit, which can detect a touchpad. A capacitance-sensitive device can also be sensitive to heat, so it is important to keep this in mind. This will make your device more energy-efficient.

Unlike capacitive sensors, resistance switches require two electrodes that are in contact with something electrically conductive. Unlike capacitance switches, a resistance switch can be simpler to implement. To activate a device, all you need to do is place your fingers across the plates. The device will then turn on when your finger touches them, and when you remove your fingers, you will turn it off. Capacitive touch switches are also more reliable and convenient to integrate into modern electronic designs.

How Do Touch Switches Work?

You may have wondered, how do touch switches work? These tactile sensors work by detecting and controlling circuits with applied pressure. They are a good option for controlling compatible electronics, as they require a low-pressure press to work. Touch switches are also more convenient than regulators because they offer greater control over the devices. The human body is an excellent conductor, so tapping the switch will reduce its capacitance and close the circuit.

In order for them to respond to touch, these devices must have an object with a higher capacitance than the switch's resistance. Typically, capacitance touch switches have one electrode, which can be behind a plastic or glass panel. In contrast, resistance touch switches use two electrodes that are in contact. Whether the switch is capacitive or resistive, the two processes have different advantages. You can compare the two types of switches to understand which one is best for your needs.

How to Use a Touch Switch?

A touch switch is a common electronic device used to control a variety of functions. They vary in design and construction, but they all share a few common characteristics. In order to use a touch switch, you just need to use a finger and touch the appropriate control option.

The basic principle behind a touch switch is that it responds to pressure by opening and to close a circuit. In general, a touch switch is used in electrical and electronic equipment, such as on cars and small computers.