How Does Zigbee Work In Home Automation? 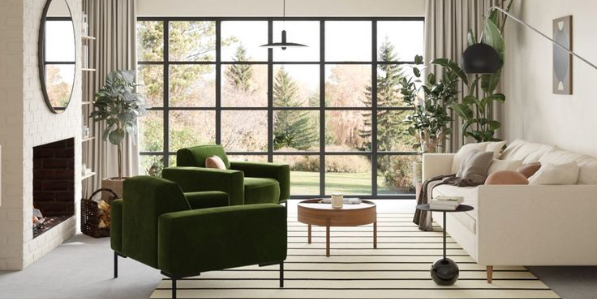 Zigbee is a wireless communication protocol that operates in a similar fashion to Bluetooth and Wi-Fi. It is used in certain situations and maybe more practical than Bluetooth or Wi-Fi because it requires less power and data. Additionally, it works well for a home automation system with hundreds of devices.

Because of the network's wide coverage, this wireless technology can be used to automate many areas of your home. For example, a smart thermostat can optimize your energy usage based on the time of day, weather, and even the status of your home. Zigbee smart security systems can include wall-mounted cameras, alarms, and smart locks.

If you want to know more about Zigbee and how it works in home automation, continue reading this article.

You might have heard of Zigbee but not know what it is. This wireless technology is gaining popularity with smart lights, but it is not compatible with many other smart devices like sensors, switches, TVs, fans, and data streaming devices. Zigbee is one of the easiest wireless technologies to use and set up, but it does require a smart hub such as the Homey or another popular model.

Zigbee networks use time slots to communicate. This means that the end devices only communicate with each other when it is necessary. This helps ensure lower battery usage and lower duty cycles. The Zigbee Alliance developed standards to ease the integration process and help manufacturers introduce energy-efficient wireless control.

Zigbee can connect devices to other wireless networks through a mesh network. These networks consist of nodes, which act like tiny transmitters that support a larger network. Zigbee is compatible with mesh networks, providing enhanced data transmission and general improvement in network stability. What's great about Zigbee is its small size and low power consumption. Zigbee is also a great choice for smart locks and sensors.

Typically, a ZigBee device runs on a single AA battery. The devices that are Zigbee products are called "nodes." Each node communicates with other nodes in a mesh network. The whole network is known as a "Zigbee mesh," and it's possible for devices from different manufacturers to work together.

What is ZigBee Home Automation?

If you haven't heard of ZigBee home automation before, you may be wondering what it is. This wireless technology is used to control a variety of devices. It is capable of controlling multiple devices from a single network. Many companies are producing these devices, but all of them must speak the same language in order to function together.

If you're looking for home automation, ZigBee may be the right solution for you. This wireless technology works across a variety of devices, including smart thermostats, lights, and video cameras. While one ZigBee network can support up to 6500 devices, the Z-Wave network can accommodate as many as 65k devices, but you may find that the range is significantly reduced if there's anything in the way of the wireless signal.

In Zigbee home automation, you need to purchase a ZigBee hub which will work as a central system. Then you need to connect Zigbee compatible devices with it. These devices can either be wired or battery powered. Wired devices are also known as routers as they can help to connect more devices and increase the range. Battery-powered devices are known as end devices. You can create a mesh network with Zigbee hub, routers and end devices for home automation. Instead of Wi-Fi, you can connect the devices to the Zigbee hub.

How Does ZigBee Home Automation Work?

Zigbee is a wireless networking protocol used in many smart homes. ZigBee connects different types of devices to each other, making it easy for you to control them without a coordinator. Some devices work in concert, while others don't. Zigbee devices can work without a central hub, as they use a mesh network to pass on data.

While not all Zigbee devices are repeaters, those that are wired act as such; while battery-operated devices can only send messages to a repeater, these devices are also known as "smart" products. The ability to control home appliances, lighting, and climate are just a few of the benefits of ZigBee technology. You need to use Zigbee compatible devices in order to create a Zigbee smart home. Nowadays, most smart devices come with Zigbee compatibility.

In a Zigbee network, a parent node (also called the coordinator) controls communication among all other nodes connected to it. Each of these end devices acts as a relay, and data is routed to it from a coordinator, router, or other nodes within the network. Because of this, the network can support up to 65,000 nodes. While Zigbee has many uses, it's not suitable for all types of wireless devices.

The technology is easy to use and offers many benefits. ZigBee devices are small transmitters that act as wireless routers. They can transmit data over large distances and ensure stability. But before you can install ZigBee devices, you need a coordinator. This can be a smart home hub or another node. This coordinator will help connect the two devices, allowing you to control different areas of your home.

In comparison to other wireless technologies, ZigBee devices require little power to work. In fact, most ZigBee devices spend the majority of their time in power-saving mode. This means they can run for several years without the need to change batteries. Additionally, ZigBee devices operate at a low data rate. Compared to Bluetooth and Wi-Fi, Zigbee devices use as little as 20 Kbps.

ZigBee home automation devices use a low-power, low-data communication protocol. They can be added to one another to create a mesh network. As a result, they communicate with each other very infrequently and are within a range of each other. Unlike other communication protocols, ZigBee devices can last a long time, thanks to the built-in power-saving features.