What Is Zigbee Gateway? 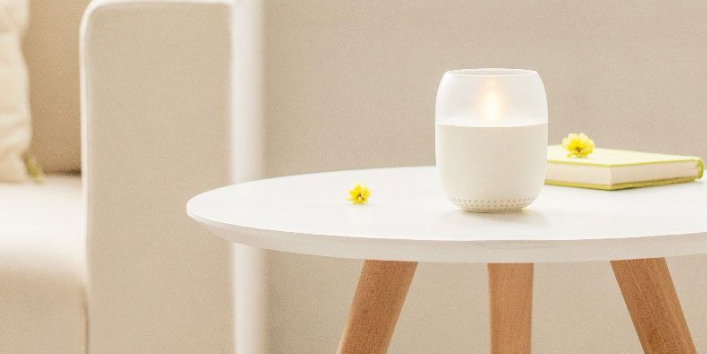 What is the ZigBee gateway? It is a standard for a ZigBee-based network that allows devices to access the internet and expand their functionality. This standard allows devices to store longer history of parameters, like door openings and temperatures.

A ZigBee network is a mesh of devices that share a common network, which can be a network or a hub. These devices are typically battery-powered, and the distance between them is between 10 and 100 meters line-of-sight. A ZigBee network can be incredibly secure, with 128-bit symmetric encryption keys protecting data between devices. A ZigBee network has a defined data rate of 250 kbit/s, so it is best for intermittent data transmissions.

The ZigBee protocol is supported by a master coordinator node that manages its connected nodes. This device, like Amazon Echo, can also link to a third node in range. Each node acts as a repeater and cooperates to distribute data. The system supports up to 65,000 nodes on a single network. In a home environment, you may need more than one ZigBee gateway, which means you should consider your existing network topology before purchasing one.

If you want to know more about Zigbee and Zigbee gateway, continue reading this article.

If you've ever wondered what the heck ZigBee is, you're not alone. Technology has taken the world by storm and is now a common feature of almost everything from light bulbs to smart TVs. The basic premise is that devices communicate with each other through digital radios. The protocol uses a coordinator, router, and end devices to send and receive messages. As with all wireless technologies, Zigbee is not compatible with every other product.

The low-power, low-energy ZigBee protocol is a wireless local area network. Its primary purpose is to provide small amounts of data while consuming very little power. That means that most ZigBee devices run on batteries. It has since been linked with the industrial internet of things and M2M communication. Using a mesh network, the ZigBee protocol is capable of significantly increasing mid-range distance.

The ZigBee network operates over a short distance (10 to 100 meters). A mesh network of other devices acts as repeaters, extending the range of communication. Unlike traditional radio frequencies, the ZigBee network is self-healing, meaning that other devices in the system will pick up on a lost signal. In addition, ZigBee supports a variety of network topologies. These include star topology, mesh network topology, and the Zigbee-to-zwave mesh network.

While Zigbee isn't as common as Wi-Fi, it's still widely used in a surprising number of gadgets and devices. According to the Zigbee Alliance, over 400 members from 35 countries have certified their products to use ZigBee technology. In addition, over 300 million ZigBee-certified products have been created. However, despite the wide-scale adoption, the technology is still in its infancy.

What is a ZigBee Gateway?

ZigBee network topology is divided into star, tree and peer-to-peer topologies. All three have their own benefits. Star topology is the least complex and has no router nodes, while tree and mesh have many more nodes. This allows for greater stability and increased range. Mesh topology allows nodes to self-discovery and reconfigures their routing paths, which gives you a greater range and reliability.

Gateways are also called controllers. They connect to a Wi-Fi router and allow users to add ZigBee devices. These gateways let you set scenes for your system, making it easier to automate various functions. For example, you can schedule lights to turn on based on time or motion. Gateways also provide convenient remote access. If you're not in the mood to set up a smart system, you can always use a ZigBee gateway.

ZigBee gateway is used to connect devices and systems to one another. They connect through a common language and can be controlled by voice assistants. This makes smart homes possible. However, there are many different kinds of devices. It's important to make sure that devices on the same network speak the same language. These devices are made by many different companies. When you purchase a ZigBee smart home device, make sure you buy a gateway with a ZigBee compatibility list.

A ZigBee gateway will provide a secure connection between the ZigBee device and the Wi-Fi network. This network provides network interoperability and a simple user interface. You can easily connect multiple smart home devices with Zigbee with the help of the Zigbee gateway. This way, you can monitor and control them from a remote location.

How Does a ZigBee Gateway Work?

A ZigBee node works similar to a wireless router. The primary purpose of the ZigBee network is to pass information to and from different devices. The key advantage of a ZigBee device is its low power consumption. It can also transmit over long distances because it has a mesh network. However, it is important to note that not all devices act as repeaters. The battery-powered ZigBee devices do not act as repeaters. If you have multiple devices connected to one network, it will need a coordinator, which is usually a smart home hub. Once the two nodes are connected, the coordinator will send the messages to the other devices.

To transmit data, the network uses 128-bit keys. Each device has a unique key that is associated with a network or a link. Link keys are acquired via agreement, transport, or pre-installation. The coordinator is at the root of the network and performs several tasks to ensure the security of the network. It selects a channel with the least interference and allocates unique addresses to devices. It also initiates messages in the network.