Home
Company
Products
How it work
Service
Blog
Contact
About Us
Advantage
How Smart Switch Work
How Smart Socket Work
Service
Manufacturing
Home blog How Many Devices Can Zigbee Support?

How Many Devices Can Zigbee Support? 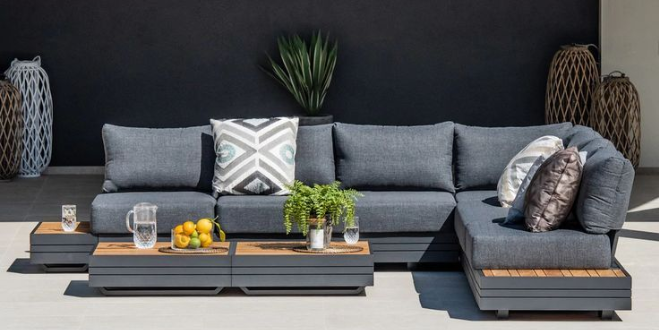 The first question to ask when evaluating a wireless technology is, "How many devices can ZigBee support?" In most cases, the answer will be more than 100, but there are some limitations.

Not all devices will be able to communicate with each other, and too many devices will interfere with one another. The typical home network will have 50-100 ZigBee nodes, but commercial networks can have many times that amount.

To take advantage of the advantages of smart home automation, you'll need a ZigBee hub. These devices will act as a coordinator for your network. It will help you to connect multiple other Zigbee devices. The number of devices you cannot connect depends on the Zigbee hub.

If you want to know how many devices Zigbee can support, continue reading this article.

What Are ZigBee Devices?

If you are looking for a way to control your home's lights, switches, and more, then you may be wondering what ZigBee devices are. These are nothing but smart home devices that are compatible with Zigbee. Ultimately, these devices work by communicating over a network that is controlled by automatic systems. While there are many different types of ZigBee devices, they all operate in the same way and require the same communication standard.

ZigBee and Z-Wave both use radio waves to communicate. Both operate in a similar frequency range of 2.4 GHz. ZigBee and Z-Wave operate by communicating with the third node in range. Once in range, each node functions as a repeater and distributes data to other nodes. Because these technologies are mesh networks, they eliminate the need for a central hub. These networks can accommodate up to 65,000 nodes. The range of communication between the two is about 35 to 70 feet.

In Zigbee, there are three types of devices coordinator, which is the Zigbee hub, repeaters which repeat the network and end devices that are connected to the coordinator and repeater. All these devices use Zigbee technology to work and can communicate with one another. Zigbee devices can be light bulbs, smart switches, thermostats, security cameras, etc.

There is a limit to how many ZigBee devices can be connected at one time. This is determined by a feature called Broadcast Transaction Table (BTT), which tracks broadcasts. A ZigBee stack profile specifies the minimum number of BTT entries that a node can support, but the standard doesn't specify a maximum value.

The ZigBee protocol is a low-power wireless communication technology that works over three licensed bands. Its maximum data rate is 250 kbps in the 2.4 GHz and 915 MHz bands, and it supports three network topologies: mesh, a cluster tree, and hybrid. There are numerous benefits to this protocol, including low-power and low-cost production.

As you can see, ZigBee is gaining popularity in commercial settings, especially in sensing and monitoring applications. In fact, the use of ZigBee is growing rapidly in this field. The makers of ZigBee technology have formed the ZigBee Alliance, a group of companies that have signed up to use the protocol. The group is made up of many big-name companies and has over 2,500 devices.

The ZigBee specification sets forth the maximum number of devices ZigBee can support. Devices are grouped into three categories: router nodes, mesh controllers, and end nodes. Each node communicates with the others in the network to build a ZigBee mesh network. The number of devices connected together in a mesh network is determined by the number of routers and ZEDs that connect to it.

How to Connect More Devices to Zigbee?

If you're having trouble connecting more devices to Zigbee, there are a few different steps you can take to make it work. One of these is to create a network and commission each device one at a time. This will allow you to test the network and determine whether or not your device is compatible with it. During this time, applications will generally be chattier and need more resources.

A smart light bulb can control a smart switch, and you can even make your door lock work through a Zigbee hub. These devices use a special protocol called Zigbee to communicate with one another and can be controlled by one another. The problem is that the devices may not work in perfect harmony if they're not compatible with each other. In addition, not all Zigbee devices are compatible with other devices.

To create a Zigbee ecosystem, you need a hub and a few devices. You can start by using a smart device like SmartThings as the backbone. Zigbee and Z-Wave are both wireless protocols that work in the same way. With them, you can set up an entire smart home. This way, you can control everything from the kettle to the thermostat when you get home.

In order to create a mesh controller for Zigbee, you need to identify where you want to place your devices. The location closest to the mesh controller should be the one with the best signal. If your devices have trouble identifying, the problem is probably because they're too far away. If your mesh controller has too many devices, it will not be able to distribute them evenly. As such, you may need to install additional mesh controllers to solve this problem.

To begin, most smart homeowners will purchase a basic central gadget that serves as the backbone of the network. The central gadget will facilitate the connection between all devices, allowing you to control them with a single app. For example, a starter kit for Philips Hue includes a bridge and a set of bulbs. These devices will act as the network controllers, allowing you to connect more Zigbee devices to your system.

To begin with, you need to make sure that your hub is on 2.4GHz. This frequency will increase transfer rates. 2.4GHz is a great band for simple signals, but it's not recommended for complex signals. Moreover, it's also the same spectrum that Wi-Fi enabled devices to use. As such, there could be interference if you try to connect more devices at the same time.

To extend your mesh network, you must ensure that your router node and other router nodes are located at least five meters away from each other. For example, if you want to connect more devices to Zigbee, you should make sure that all your mesh controllers have enough space to communicate. You can also create a mesh topology to connect more devices. The star topology is not suitable for a house where multiple end nodes are placed. With mesh topology, you can use multiple routers with a single Zigbee coordinator to repeat the signal and connect multiple end devices in your home.